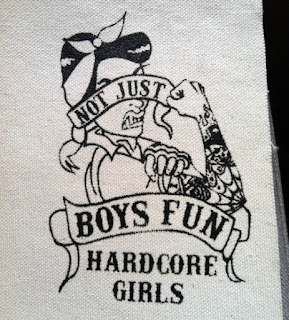 Oh yeah!
Source: www.etsy.com
Hello, marshmallows!  We're finally back after our (un)deserved summer vacations. I recently moved out of Paris, France, relocated in Bogotá, Colombia and that's why I've been a little bit out of the game. I'll stay here sometime before I go back to Europe and continue my academic formation. So, once again, I've found an interesting way to compensate my reckless abandon: I present you 12 amazing female-fronted hardcore punk bands that are rocking out the hardcore/punk community in North America.

You must perfectly know that I'm heavily skeptic with modern hardcore bands but some of them have caught my attention. We encourage the participation of women in the hardcore punk scene and we've featured a lots of female-fronted bands. Go and check them out. Also, this is the first time we feature trans and queer bands for encouraging them to express their point of view. As a matter of fact, some of the chosen bands belong to a recent hardcore punk explosion in North America, pretty similar to the New Wave of British Hardcore (NWOBHC) albeit with enormous d-beat influences in an "american way".

Finally, I'll leave the respective bandcamp accounts where you can download for free or pay the right price for their material. Click on each band image for getting redirected to. Support these brave girls and spread the word. You won't regret it. We'll be back soon with another surprise, more or less related to our succesful unofficial guide to 80s japanese hardcore punk (Thank you, sweethearts). Stay tuned. Kisses and hugs! Let's begin. 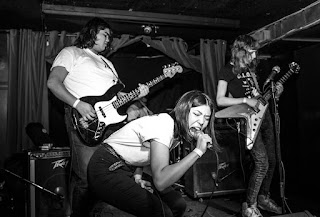 This is an amazing 4-piece band from Toronto, Canada. They have released a demo (2014) and Power Beat 7" (2016). Regarding its sound, Triage has enormous influences of different hardcore punk and heavy metal styles. For example, in their more recent work, you can think of early NYHC (notably Warzone and Cro-Mags), d-beat warlords (Discharge and Anti-Cimex), some New Wave Of British Heavy Metal (NWOBHM) and speed metal (Motörhead), perfectly molded in a modern american hardcore punk song structure. Simply amazing. This will please both american hardcore and d-beat fans alike. For sure. Go and check them out. Enjoy! 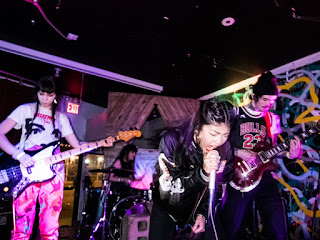 An interesting 4-piece group from New York City. They only have available one demo (2015). Regarding their sound, they pay tribute to the old glory days of american hardcore punk (particularly Boston style) with an interesting british touch. We could compare their style with some NWOBHC bands like The Flex, DiE and Violent Reaction. Even though Krimewatch isn't as thick as the forementioned british acts, they have a powerful stage presence and energy. Also, some songs are in japanese. Cool. We hope they release a full-length in the near future. Highly recommended. Enjoy! 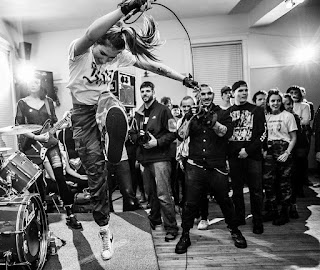 An outstanding Boston-based female-fronted hardcore punk outfit. They only have released one demo (2015). Regarding their sound, these girls play a ferocious, uncompromising, fast and tight as fuck Boston-inspired hardcore punk, even some songs tease with thrashcore. The spirit of Boston hardcore classics like SSD, DYS, Negative FX and Slapshot is perfectly retained. In fact, I've seen some videos of their live performances and they crush the fuckin' stage. They're the queens of the pit and make dance the Boston girls like no other band. I think I fell in love hahaha. Finally, in their bandcamp you can find a preview of their first 7". We'll wait for it. Highly recommended. Enjoy! 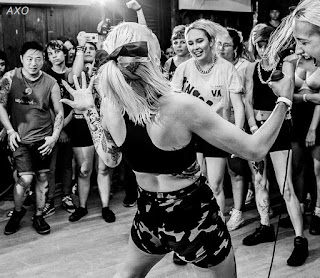 Another Boston-based female-fronted hardcore punk band. They have only released one demo (2015). Like their local sisters Firewalker, Ringer pays tribute to the Boston hardcore punk classics like SSD, DYS and Negative FX, among others. You will find fast-paced, short and loud hardcore punk the way we do fucking like it. Also, these girls make move the Boston girls into the pit. It's amazing that a mostly male-oriented scene is taking another shift. These girls rule with their attitude and their stage performances. We do fucking hope they release something new in the near future. Highly recommended. Enjoy!. 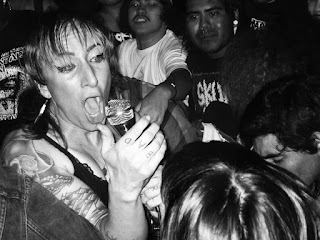 Since long time ago, I wanted to review this incredible band and this is the perfect moment to do it. G.L.O.S.S. (Girls Living Outside Society's Shit) are an Olympia-based hardcore punk act, whose members are trans and queer pvnx, and have released one demo (2015, undoubtedly the best hardcore record of that year) and Trans Day Of Revenge (2016). Regarding their sound, they play fast, angry and outpaced hardcore punk with angry-filled, outspoken and direct lyrics advocating for better conditions for the trans and queer individuals, not only in the hardcore/punk community but in society in general. We cannot deny the gender discrimination out there, which is a serious problem. These girls continue where Limp Wrist left off. Mandatory download. Enjoy! 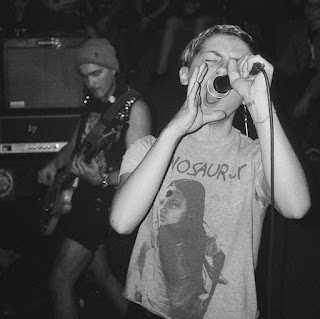 Another amazing Olympia-based female-fronted queercore band. It features some members of G.L.O.S.S. They have released Sick Man demo (2014) and Toxic Bitch EP (2015). As their local counterparts, Slouch plays fast-paced hardcore punk (with some slow interludes and breakdowns) influenced by both american hardcore punk and d-beat. Their lyrics have a strong political stance. I think Slouch isn't as outspoken as G.L.O.S.S. but they share the same points of view. I really liked this band. Up the queer pvnx! Highly recommended. Enjoy! 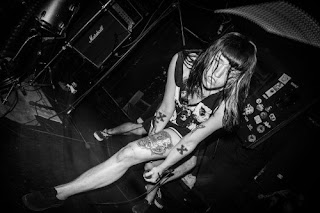 An amazing Oakland-based female-fronted hardcore punk band with ex-members of Punch, Holy, Komplott, Everybody Row, Doppelganger, among others. Also, they're vegan straight edge. They have released 3 Pezzi, Community Psychosis (2014) and Sono Pronta A Morire (2015). Regarding their sound, they play d-beat-influenced american hardcore punk with strong feminist, political, anti-religion and rebellious stances. Imagine d-beat and crust punk monsters like Nausea, Detestation, Wolfbrigade and Discharge with a typical american hardcore punk structure for getting an idea of their monstrous sound. This year they toured in Europe but I couldn't see them. This band, along with G.L.O.S.S., could be right now the best modern american hardcore punk band (in terms of sound and attitude). Mandatory download. Enjoy! 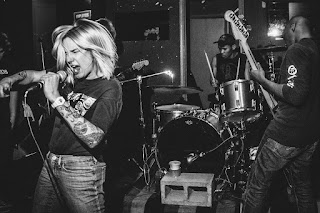 An interesting Washington D.C-based female-fronted hardcore punk outfit. They only have released one record named Bleed Like...(2015). Regarding their sound, they play fast-paced hardcore punk (with some traces of thrashcore) inspired by 80s and 90s american hardcore punk eras, for example, bands like Minor Threat, Germs, SSD, Youth Korps, Born Against, Econochrist, among others, nourish their superb music. Also, their vocalist's voice is brutal and tight as fuck. Finally, they make an amazing cover of Neon Christ, one of the fastest and underrated american hardcore punk bands in the 80s. If you like bands like Punch and Ruidosa Inmundicia, this one is for you. We do hope new material in the near future. Highly recommended. Enjoy! 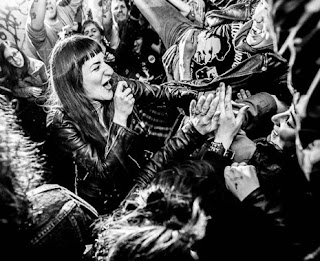 Another amazing Boston-based all-female hardcore punk band. They have released one demo (2013), Sob Story (2014) and self-titled 7" (2015). Regarding their sound, as expected, they have huge Boston-style hardcore punk and traditional punk rock influences. You may say that their style is more slow-paced compared to the sound of their local sisters Firewalker and Ringer, but I have to admit they have a particular and involving touch. Not so fast, nor so slow. Just al dente. I was really pleased with the project, even though I do prefer ultraviolent, relentless and fast-paced hardcore punk. We do hope more releases in the near future. Highly recommended. Enjoy! 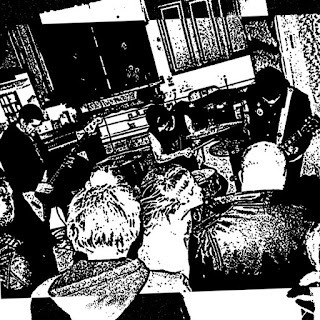 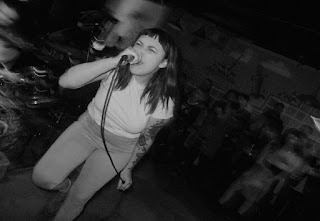 Another Richmond-based all-female hardcore punk band. As their local counterpart, they have only released one demo (2015). Regarding the sound, they have more straight-forward american hardcore punk influences (notably Boston-style) with some traces of british hardcore punk (UK82 and d-beat). Their style is pretty close to NWOBHC in terms of song structure and execution. Not bad. Also, their lyrics are defying and straight to the point. I'm pretty amazed. Highly recommended. Enjoy! 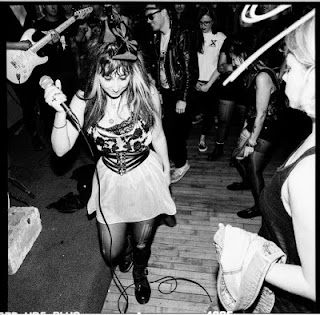 We finish this entry with this superb Boston-based all-female post-punk band. It features some members of Exit Order, Leather Daddy and The Cringe. You know that every rule has an exception. Our rule is that we exclusively publish hardcore punk bands and exceptionally other punk rock subgenres or even other musical genres/subgenres. Besides, we do love post-punk. As a curious fact, this band is from their local hardcore punk scene and plays mostly in hardcore punk shows and festivals. They have released Charm School (2015) and a split EP with The Cringe (2016). Regarding their sound, Dame has new wave and post-punk influences (New Order, Bauhaus, Siouxsie and the Banshees, Flowers and Fire, Lebanon Hanover, Echo and the Bunnymen, etc.) with lots of synths. Some songs are a little bit fast-paced. This is not your typical post-punk band and that's why I really enjoyed it. If you can, get their split with The Cringe because these girls make a fantastic cover of Lou Miami and The Kozmetix. Highly recommended. Enjoy!
Posted by La Mort D'Un.e. Moderniste at 5:41 PM 2 comments: