Jooodddeerrrrr, ricuritas. We're back once again with these superb modern american hardcore punk compilations. I'm doing it because, since the previous post, we started to show off some bands of, what some people say, the most recent wave of american hardcore nowadays. So, I'll bring you 5 compilations featuring New York, Washington D.C., Boston and other cities hardcore punk bands. You'll notice the new sounds these outstanding groups are making with their respective works. Obviously, these bands respect the old-school influences but we see an interesting shift with some other sounds like british hardcore influences, Oi! and proto-hardcore. Not bad. And, you'll see other bands exploring different musical genres that we're not used to. Don't forget to support these bands. It's worth it. Finally, this entry is not the one I mentioned you in the last post. It will be published pretty soon. Just wait for it. Until next time, kisses and hugs. Let's get started. 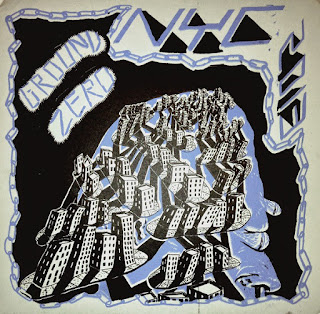 I haven't published collections related to the New York hardcore scene since we published the essential NYHC compilations last year. If you want to refresh your memory, go and check it out: http://lamortdunemoderniste.blogspot.com.co/2015/03/especial-proyecto-resurreccion-parte-2.html. (Remember that it's in Spanish, so use Google Translator).

This compilation was released in 2013 by Toxic State Records and Always Restrictions Records and features the following 14 bands: La Misma, Deformity, Nomad, Goosebumps, Black Boot, Putrida, Anasazi, Murderer, Sad Boys, Bort Gang, Crazy Spirit, Perdition, Dawn of Humans and Hank Wood and the Hammerheads. As a curious fact, Ground Zero refers to the closest point to an explosion and, in New York City, is the name of the World Trade Center site after 9/11 attacks.

Regarding the sound, we find different musical styles. For example, La Misma (a superb all-female band that I saw last year in Paris) has old-school hardcore, riot grrrl influences and their lyrics are in portuguese, Deformity, Nomad, Goosebumps and Perdition mix old-school hardcore with noise influences (they're fast as fuck!), Anasazi has post-punk influences (think of all-time classics like Bauhaus and Christian Death with some fast-paced tunes), Murderer, Putrida, Bortgang, Black Boot and Sad Boys (female-fronted) have both american and british hardcore influences alike, and Crazy Spirit, Dawn of Humans and Hank Wood and the Hammerheads have more proto-hardcore influences like The Germs, X, Stimulators and Crucifucks.

Finally, I recommend you this compilation. It's fast, noisy and punk as fuck. It's not your traditional NYHC compilation but give it a try, you won't regret it. We could say it's too punk for hardcore but too hardcore for punk. Satisfaction guaranteed. I'm really pleased with this effort of the New York punk family. Highly recommended. Enjoy!.

Harsh and Hard Vol. I 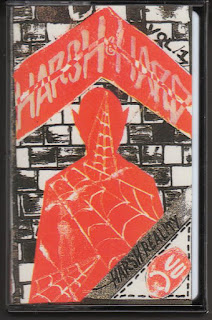 This is an interesting compilation released back in 2013 by Harsh Reality Records, a Boston-based record label, and it contains the following 11 Boston-based hardcore punk bands: The Combat Zone, Flaccid, Leather Daddy, Chain Rank, Green Beret, Exit Order, The Cringe, Lude Boys, Savageheads, Zipperhead, Bloodkrow Butcher. In the previous entry, we featured some amazing Boston-based female-fronted bands, including Leather Daddy, and this collection completes how things are done in their local hardcore scene nowadays.


Regarding the sound, we find the interesting mix of all-time classic Boston hardcore punk style with british hardcore punk influences (UK 82 and d-beat). For example, Green Beret, Flaccid, Zipperhead, Savageheads and Exit Order (female-fronted) follow this trend. Also, we have other bands, like Bloodkrow Butcher, The Combat Zone and Chain Rank, with heavy ressemblance to the New Wave of British Hardcore (NWOBHC) sound. Last but not least, The Cringe, Leather Daddy (all-female) and Lude Boys have both old-school hardcore and proto-hardcore influences alike.

Finally, I recommend you this compilation. Boston is rising up once again with their superb sound for demonstrating who is the real boss in the american hardcore punk community. Could it be possible? Is L.A. threatened like in the 80s? SSD-Beat FTW? We'll wait and see. Highly recommended. Enjoy!. 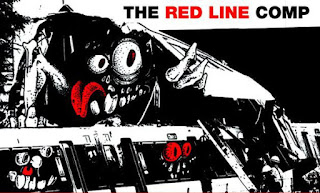 An outstanding compilation that features Washington D.C. (simply D.C. for the friends) based hardcore punk bands. The featured groups are: Public Suicide, Pure Disgust, Nuclear Age, Semper Eadem, Straight Lace, The Defense, Stand Off, Protester, D.O.C., Jävla, Red Death and Genocide Pact. As their compilers say, these are the "finest bands in the New Wave Of D.C. Hardcore". These days we've seen "New Waves" of Hardcore here and there but, honestly, I'm getting tired of mention them despite their usefulness trying to explain the new trends in the hardcore/punk community.

Regarding the sound, it's more varied in this entry so far. In effect, Public Suicide, Nuclear Age, The Defense, Stand Off and Straight Lace have old-school hardcore influences, like Poison Idea, Sheer Terror and Breakdown, Semper Eadem has Oi! influences, Pure Disgust, one of the best american hardcore punk bands nowadays, have an exquisite mix of old-school hardcore and traditional punk, Protester has youth crew revival influences (think of Better Than A Thousand and Sportswear) with a modern approach, Red Death has crossover thrash influences like Corrosion of Conformity, Jävla plays d-beat influenced hardcore punk, and, last but not least, D.O.C. and Genocide Pact have grindcore influences.

Finally, you should download this interesting compilation. Click on the image and you'll be redirected to the official bandcamp account where you can pay the right price you consider or downloading it for free. Also, check out each band work and support them. You won't regret it. I haven't seen a decent harDCore compilation since the ones published by Dischord Records long time ago. Give it a try. Highly recommended. Enjoy! 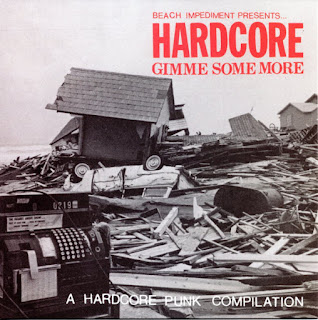 This is an impressive compilation released by Beach Impediment Records in 2015. I'm pretty sure this was the best hardcore punk compilation of that year. It features the following bands: Sexual Humans In Turmoil AKA S.H.I.T. (Toronto, Canada), Peacebreakers (Boston), Mercenary (Atlanta), Violent End (Chicago), Ajax and Impalers (Austin). If someone asks me which compilation describes the so-called "New Wave of American Hardcore Punk", I'd probably recommend this one.

Regarding the sound, most of the bands (excluding Peacebreakers and Violent End), have that intriguing trend of mixing d-beat with american hardcore punk. Some bands in the 80s like Crucifix, Final Conflict and Mob 47 have had done it before, but I'm quite impressed with the enormous number of the bands that have appeared in recent years playing this way. I saw Ajax and Impalers last year in Paris and they were such a blast. On the other hand, Peacebreakers, like their local brothers (No Tolerance and The Boston Strangler) and sisters (Firewalker and Ringer), plays short, fast and loud hardcore punk inspired by the Boston style. Last but not least, Violent End has both old-school american and british hardcore punk influences alike.

Finally, you should download it. It's pretty amazing. You'll find ferocious and untamed hardcore punk like it should be. Eeeexxxtttrrreeeemmmeeee. Highly recommended. Enjoy! 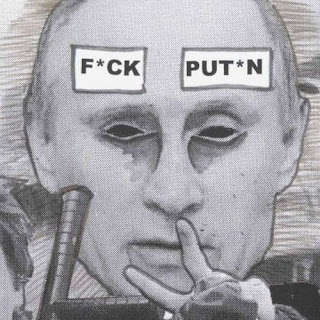 We finish this post with  this superb compilation tape released back in 2015 by UK-based record label Zamyatin Records. Only 100 single-sided pink tapes were available. It contains the following bands: +HIRS+, Nancy Smith, Body Betrayal, Burnt Cross, Husbands 'N' Knives, Kinky, Otnamus, Dental Dames, Primary Stress and Tranny Life. This compilation is dedicated to the LGBT+ community of Russia who has suffered exacerbated and legally-legitimised abuse under Vladimir Putin's rule. All proceeds were donated to All Out (www.allout.org), an international LGBT+ charity.

Regarding the sound, most of the bands play uncompromised, relentless and unmerciful grindcore and powerviolence. Compared to the bands featured in this post so far, this is the brutal sonic madness we do fucking love. And we desperately needed  it. Nonetheless, there are some bands like Husbands 'N' Knives, Kinky and Dental Dames that have traditional punk and riot grrrl influences, Burnt Cross plays d-beat inspired hardcore punk and Tranny Life has modern hardcore punk and beatdown influences. Also, all bands are either queer or allied.

Finally, click on the image and you'll be redirected to the official bandcamp account where you can pay the right price you consider or downloading it for free. It's a good cause. We do hope a repress in the near future. Highly recommended. Enjoy!
Posted by La Mort D'Un.e. Moderniste at 3:18 PM No comments: