The Tiger and The Dragon special post: Some Indonesian, Malaysian and Singaporean hardcore punk. Part 1: Singapore 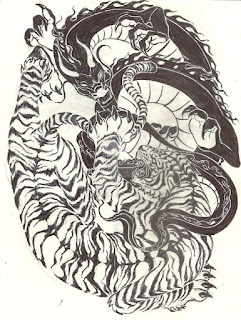 Coucou, les chaton.ne.s! We're finally back with a new entry. As always, I'm deeply sorry for the delay but I had some technical and logistical issues while preparing this humble entry last week. Patience is a virtue...

So, if you remember our "Best picks of 2018 - International edition" post (Refresh your memory by clicking here), we featured two amazing hardcore bands from Singapore: SIAL and ZODD and since the moment I listened to them the very first time I definitely fell in love with them due to their amazing sound and performance. I also mentioned you that I'd feature some time later this year some other bands coming from that beautiful southeast asian country and, yes, the time has come.

Now, this special post will be divided in 4 parts featuring some bands I've recently discovered from Singapore, Indonesia and Malaysia, as well as some interesting compilations out there. In the near future, I'll feature some other local bands from different timelines with different purposes so, be patient please...And, if you're wondering theses entries would be something related to both 80s and 90s, well, you're right (Oops! Too many information...).

Lastly, don't forget to click on the images below for getting redirected to the official bandcamp accounts of each band where you can either listen/download for free or pay the price you consider right for getting their respective material. I highly encourage you to support them. It's worth it. Are we experiencing a some sort of New Wave of Southeast Asian Hardcore with all these great outfits? Despite my visceral hate towards the term "New Wave of...", I have to admit that there's certainly a new explosion of hardcore bands coming from that part of the globe to highly remark to. Yes, undoubtedly. With all that written, let's begin. 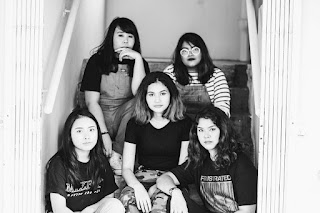 Fuse is an all-female hardcore punk band from Singapore City and only have released so far one 3-track demo in 2017. Their sound has a lot of different NYHC and Boston Hardcore affinities and reminded me of different modern hardcore bands from the US such as Freedom, The Rival Mob, Firewalker and Ringer, for naming a few. Also, their lyrics have an interesting personal touch. Neat. Finally, I hope we see in the near future their first full-length album. I'll patiently wait, for sure. Highly recommended. Enjoy! 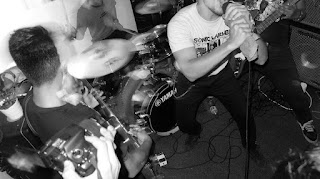 Ah, this band simply rips it. Fluke is a hardcore punk group from Singapore City that have released so far the following works: one demo and one promo (2017), Pest EP (Discos Enfermos (Spain), 2018) and Holocene Extinction EP (Pissed Off! Records (Malaysia), 2019). Regarding the sound, Fluke basically plays like an american band (notably from Boston) with an unique, relentless and overwhelming touch (some songs also features mid-tempo and slower breakdowns in some "crucial" parts). They definitely reminded of all-time classic bands like Void, Negative FX (US) and BGK (Netherlands). And, yes, their lyrics are "a call to arms" anthems. Yay! This is "Hardcore For Hardcore" as the band correctly states itself. Nice. Finally, their more recent EP is a potential candidate for our best picks of this year. Highly recommended. Enjoy! 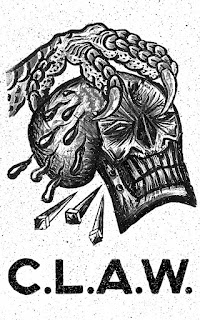 How could I miss this band last year? This demo is the only release (so far) from this great female-fronted hardcore punk band and was co-published by Blackhole 212 Records (Singapore) and Pissed Off! Records (Malaysia) last year. Regarding the sound, C.L.A.W. has mostly american hardcore influences playing short, fast and loud as fuck music (even teasing with thrashcore sometimes) with some eventual slower breakdowns as well but without losing the grip. Pretty awesome. Their lyrics are politically-charged with radical feminist and queer stances reminding us thus the recent legacy of G.L.O.S.S. from the US. Finally, I hope this year we will see the release of their long-awaited first full-length album and I am also confident that they will make it in our best picks list of this year. Highly recommended. Enjoy! 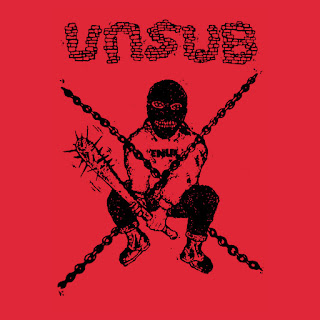 I still am not believing that I must live in a fucked up world without the fericious sound of Violent Reaction (UK). Luckily, UNSUB draws influences from american and british hardcore (even sometimes teasing with thrashcore) and their sound is almost like the one of some of the pioneers within the so-called New Wave Of British Hardcore (NWOBHC) such as Violent Reaction, Arms Race, The Flex and DiE. So, with this description, you'll definitely get straight-to-the-point and uncompromising hardcore punk. Like it always should be. Finally, I hope to see soon their first full-length album since their promo released last year is such a blast. Highly recommended. Enjoy! 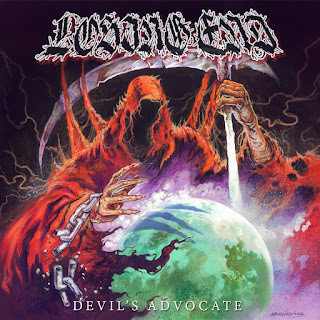 Losing End has been in the game since 2015 and have released so far one demo (2015) and Devil's Advocate EP (Powertrip Records, 2016). Regarding the sound, Losing End somewhat reminded me of 90s belgian classics such as Congress and Liar with metallic guitar chords, slow yet overwhelming breakdowns and the mesmerizing chugga-chugga-esque style that many modern hardcore bands incorporate nowadays. If you dig bands like Terror and Incendiary, Losing End might catch your attention. I'm not used to publish these kind of bands in the blog, but the 90s feel convinced me for doing so this time around. Highly recommended. Enjoy! 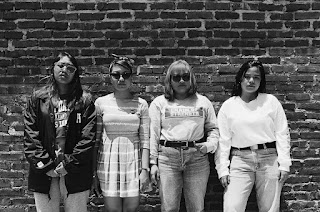 This is another of the few all-female hardcore punk bands in the "Lion City" nowadays. They have released so far: Demo 2013, self-titled EP (Radigals self-released, 2015), Fight To Unite EP (Damaged Goods! Records (Singapur), 2017) and self-titled EP (Damaged Goods! Records, 2019). Regarding the sound, Radigals is a modern hardcore band with different metallic hardcore and youth crew influences. The musical execution is short, fast and loud with some mid-tempo and slower breakdowns without losing the grip. And, yes, the lyrics have strong feminist stances. Finally, if you dig american female-fronted hardcore bands like Firewalker, Lowest Priority, S-21, Stuck Pigs and Ringer, this band is for you. Highly recommended. Enjoy!
Raw Dog 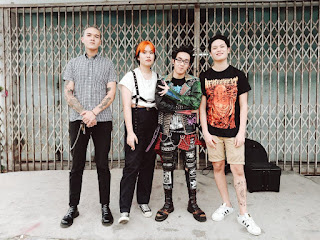 Raw Dog has only available one demo which was released in 2018. The first impression you'll get when you listen to Raw Dog the first time ever is that they're another modern hardcore band from NYC playing like Leeway or Crumbsuckers but their musical style is pretty far from that because they have both slow and fast paced moments with mid-tempo, overwhelming breakdowns and even they use blast beats for finishing some songs off. Pretty good. Finally, let's wait and see if we get more surprises coming from this band later this year. Highly recommended. Enjoy! 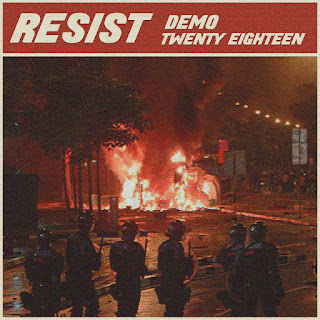 This band only has released so far this demo in 2018. Regarding the sound, Resist has late-80s NYHC inlfuences in the same vein as Cro-Mags, Leeway, Crumbsuckers and Madball, etc. with the same musical and lyrical aesthetic. Their lyrics are still as political as the ones of their other local counterparts featured so far in this post, however. Finally, let's see if they release a full-length album later this year. Highly recommended. Enjoy! 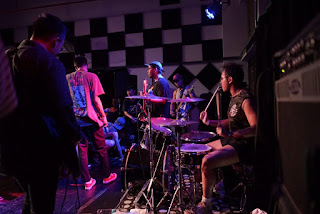 We finally conclude this entry with this interesting hardcore band. They only have released Brink Of Extinction EP (Damaged Goods! Records (Singapore), 2017). Their sound reminded me of great 90s acts such as Snapcase, Day Of Mourning and Culture with politically-charged lyrics dealing with money, greed, corruption and power, among other topics. The band also tend to maintain most of the time mid-tempo paces with slower breakdowns but the sound still is overwhelming enough for pleasing the ears of any hardcore fan. Finally, I hope they release this year their first full-length album. This band has a lot to say. Highly recommended. Enjoy and until next week. Kisses and hugs!
Posted by La Mort D'Un.e. Moderniste at 7:14 PM