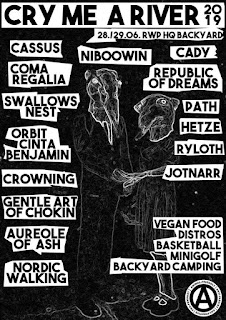 Coucou, les chaton.ne.s! We're back with another entry. As some of you may know, we had the 12th edition of the Cry Me A River Fest in Versmold, Germany, which is currently one of the most important DIY  hardcore/punk fests in Europe. This annual fest is organized by Lars and Sabine Ulbrich, owners of the well known german DIY record label React With Protest, whose main focus is promoting screamo and grindcore outfits around the world.

Now, the label was also responsible of the arise of the screamo and emoviolence trends during the mid-00s, notably with the release of the Emo Apocalypse, Emo Annihilation and Emo Armageddon compilations (These records will be uploaded pretty soon here in the blog). So, for this entry, since I recently don't have so much time, I'll feature the musical outfits that participated to the fest with some additional information about them and they will be organized by their country of origin for better reading. Don't forget to click on the images below for getting redirected to their official bandcamp accounts where you can listen to them or download their material for free or paying the price you consider right. Try to support these bands. It's totally worth it.

Lastly, Path (Germany) won't be featured here since they're a recently formed musical outfit and couldn't find some material from them. When they release something in the near future, I'll update this entry. For sure. With all that written, let's begin. 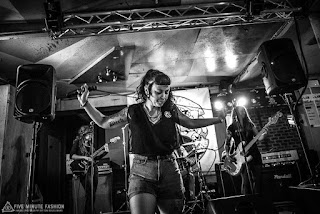 This impressive female-fronted hardcore band from Ghent and Antwerpen has released so far Bedbugs  12" LP last year through Fucking Kill Records (Germany). Their sound is a mix of crust and powerviolence with politically-charged lyrics and, really, really pissed off vocals. Indeed, the musical execution is mostly short, fast and loud with some eventual slower breakdowns and less aggressive backing vocals. They reminded me of classic 00s musical outfits such as Ruidosa Inmundicia (Austria / Chile), Mind Of Asian (Japan) and I Object (US). Finally, this band is definitely highly recommended. Enjoy! 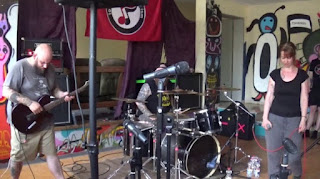 Aureole of Ash is one of the most recent projects of the Ulbrich/RWP family. The have released so far Human Bankrupcy EP (Not On Label; Aureole of Ash-self-released), one split with fellow partners in crime Jotnarr (React With Protest (Germany), 2017) and Morbid Reality EP (React With Protest / IFB Records (Germany), 2018). Their is a mix of both grindcore and powerviolence but I also detected some slight influences of previous screamo/emoviolence and dark hardcore projects from the Ulbrichs such as Resurrectionists, The Apoplexy Twist Orchestra and Arsen AKA König Der Monster. Cool. Finally, check this out. You won't regret it. Enjoy!

The Gentle Art Of Choking 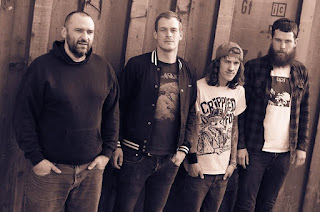 A pretty well-known powerviolence band from Hamburg that has been in the game since 2006, a time where german hardcore scene experienced a explosion of thrashcore and powerviolence-related bands. So, they have released different splits with bands such as Shitstorm (USA), Resurrectionists, Weak Ties (Germany) and Sick Terror (Brazil), two self-titled 2008 and 2011 LPs and one promo self-titled EP (2006). Their sound is pure powerviolence in the same vein as german classics such as Tumult, Y and Yacøpsae. Pretty much. Finally, there's also one discography tape named The First Four Years of Chokin'  (Yakuzzi Tapes (Germany), 20xx) which compiles their split tracks with Shitstorm, Sick Terror and the first LP plus one previously unreleased song at the time. Highly recommended. Enjoy! 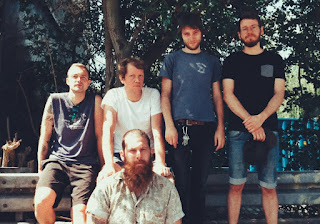 Lentic Waters (their name doesn't appear in the official flyer for a strange reason) is a band from Münster, formed back in 2010. During their first five years of musical career, they were a hardcore punk band with screamo and powerviolence influences and after the release of Path (2015), they shifted to a more emo/indie/post rock-oriented band with complex musical structure and more ambient and ethereal influences. Compared to the other featured bands here in the post, Lentic Waters is "softer" but don't let that fact fool you. They're great. Highly recommended. Enjoy! 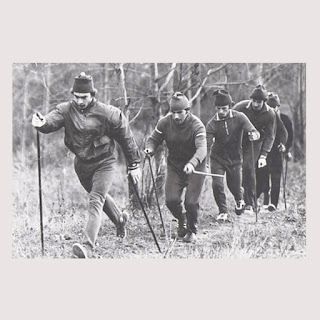 This band has recently released their debut EP on tape format through Coxinha Records (Germany). Their style is closely related to the powerviolence subgenre with both classic and modern influences but there are some songs with grindcore, 90s metallic hardcore, noise and even some math rock parts that make more incomprehensinble their chaotic musical execution. Nice. Finally, check this band out. Another potential candidate for our best picks of this year. Highly recommended. Enjoy! 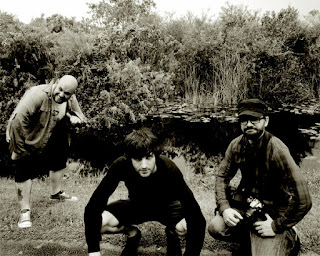 Another band from the Ulbrich/RWP family also featuring members of bands such as Louise Cyphre and Tristan Tzara, two of the heavyweights in the european screamo revival movement during the 00s. So, Republic Of Dreams follows the path that those aforementioned german musical outfits left off with short, fast and loud songs teasing with good ol' emoviolence savoir faire mostly. Finally, get their 2012-2016 discography tape (React With Protest / Utarid Tapes (Malaysia), 2018), which contains their split tracks with Autarkeia, Beau Navire, Cloud Rat (US) and their contributed track to Epilogue Of A Car Crash compilation, the tribute of Orchid (Dog Knights Productions (UK), 2013). Highly recommended. Enjoy! 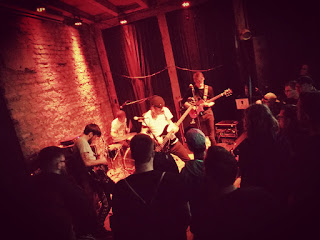 This Hamburg-based band was formed back in late 2018 and has only self-released one single named Archipelago, which lasts seven minutes and has different modern screamo, post rock, post-hardcore, post-black metal, and ambient influences. I'm not really sure if they have more songs in their repertory but I can't wait until they unveil more material. I wanted to listen to more stuff from them. This appetizer isn't quite enough ha ha ha. For fans of Envy (Japan), City of Caterpillar (US) and Suis La Lune (Sweden). Highly recommended. Enjoy! 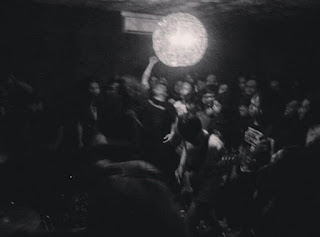 This "legendary" musical outfit from Kuala Lumpur, along local fellows Kias Fansuri, Jose Phine and Utarid, was one of the first screamo and emoviolence acts from their native country. Back in the days, no one, and I mean NO ONE, ever thought bands of this subgenre would even exist in those countries, but yeah, that's the magic of hardcore: your favorite style is being played right now by someone in another place different than yours and could be featured here in the blog sooner or later. Ha! Finally, on their official bandcamp account you'll only get some songs from their self-titled EP (2007, 2008 (?)) and Connections 6-way split (The latter was already featured in the blog and you can refresh your memory by clicking here). Highly recommended. Enjoy! 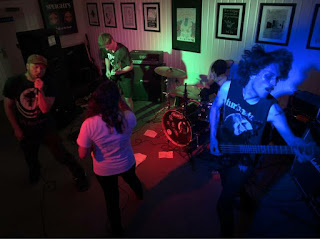 Swallows Nest features members of different screamo acts such as Machina Rex, Yung Nat$, The World That Summer and мятеж. This band has a female/male duet vocals and a more darker approach with some black metal, crust punk and post-metal influences. Somewhere between Oathbreaker (Belgium) and Amygdala (US). We already featured this band last year (their split with Snag (US) (You can refresh your memory by clicking here)) and they also have another split with Crowning (US). Highly recommended. Enjoy! 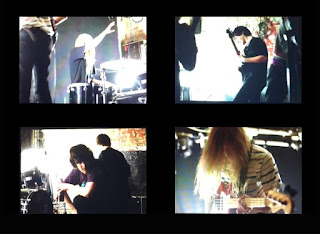 Cassus is from Norwich and have been in the game since 2012. They have released so far one split with I Don't Want To Know Why The Caged Bird Sings (UK) (2012),  This Is Dead Art; This Is Dead Time; But We May Still Live Yet LP (React With Protest / Dog Knights Productions, 2015), Separation Anxiety LP (React With Protest / Dogknights Productions, 2018). So, Cassus' sound is reminiscent of screamo and emoviolence outfits such as Orchid and Usurp Synapse but in their more recent work, they have opted for adding some post-metal, post rock and even some black metal sensibilities. Pretty nice. Highly recommended. Enjoy! 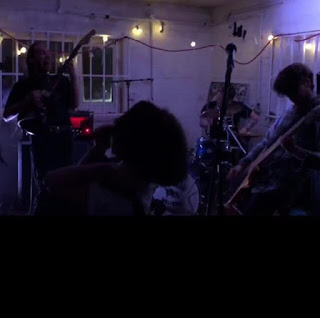 Along Cassus, Cady is one of the few representants of the rising modern british screamo/emoviolence movement nowadays. In fact, compared to other european countries such as France or Germany, UK hasn't been at all a cradle for this kind of music since the style wasn't really popular among the traditional hardcore/punk spectrum until recent times. So, their style isn't far away from Cassus' early material, though. They also reminded me a lot of female-fronted screamo/emoviolence acts such as Piri Reis (Malaysia), Amygdala (US) and Tenue (Spain) in terms of musical execution and lyrics' content. Finally, listen to their more recent Silent Will Not Protect You EP (Middle-Man Records (USA), 2019), which could be one potential candidate to our best picks of 2019. Highly recommended. Enjoy! 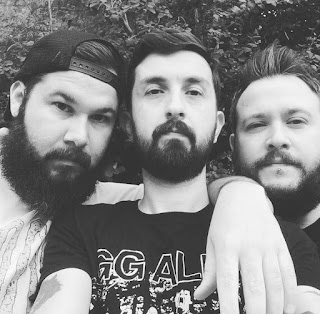 Jøtnarr is a musical outfit from Colchester and has been in the game from 2012 approximately. They have released so far one demo, Divide The Growth and Stone EP (2013), Burn And Bury EP (2015), split with german grindcore/powerviolence band Aureole Of Ash (2017) and self-titled LP (2019). Their sound has crust, screamo and black metal influences. They reminded me a lot of neocrust classics such as Fall Of Efrafa (UK) and Downfall of Gaia (Germany) but a little bit less atmospheric and experimental. I definitely loved their style and they're definitely potential candidates for our best picks of this year. Highly recommended. Enjoy! 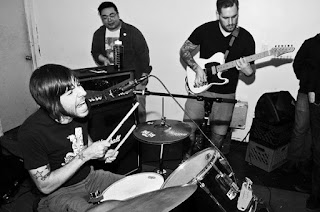 Coma Regalia is probably one of the most relevant screamo/emoviolence outfits in the US right now. Indeed, their style is mostly faithful to the old glories of the already aforementioned european 00s revival movement with the extra touch that other local contemporaries such as Beau Navire and Carrion Spring give to the whole subgenre: slow and fast-paced overlaps with both chaotic hardcore aggression and melodic execution. Finally, listen to their more recent work Vau Faelgoh LP (Middle-Man Records (USA), 2019), which is their most intense record to date and also a potential candidate for our best picks of this year. Highly recommended. Enjoy!  . 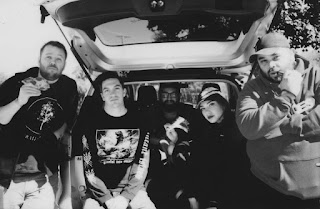 Crowning is a band from Chicago, a city where both screamo and emoviolence styles are, well, let's say, technically rare and uncommon because the hardcore/punk spectrum there has always been in a different way with politically-charged metallic hardcore, crust and powerviolence-driven acts. This band doesn't drift apart from those characteristics at all but their screamo execution is really something to remark to: it's aggressive and chaotic enough to please the ears of either a fan of Orchid  or Converge alike.  Finally, they recently participated to a 4-way split series named Meditations In Affinity (The Ghost Is Clear Records (USA) / Zegema Beach Recordings (Canada), 2019) with Life In Vacuum, Canyons and Hundreds of AU. The first volume Bond is already available and you can listen to it here. Highly recommended. Enjoy! 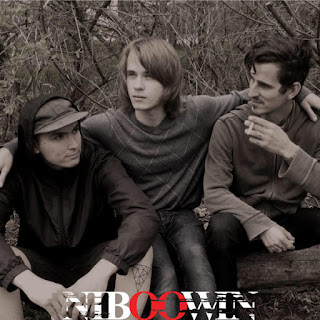 We finally conclude this entry with this impressive outfit from Central Michigan. Niboowin was born from the ashes of Old Soul, an experimental hardcore band mixing post rock, black metal and screamo. So, Niboowin still explores the same musical path traced by the previous musical project and I have to admit that it is pretty amazing. Indeed, there's the perfect mix of both chaotic and melodic traits and the musical execution is always overwhelming and pummeling from the beginning to the end without losing the grip. Nice. I didn't know them until I was preparing this entry. Finally, listen to it. Totally worth it. I hope to see more news coming from this band in the near future. Highly recommended. Enjoy and until next time. Kisses and hugs!
Posted by La Mort D'Un.e. Moderniste at 2:31 AM No comments: