Some of your e-mail requests 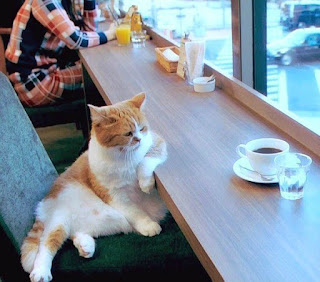 
Coucou, les chaton.ne.s! We're back with a short yet wholesome entry. This time around, I'll feature some of your e-mail requests for reviewing some of your sent material. I'll also feature some colombian hardcore punk compilations that have been released this year so far later this week so, please be patient. I'm working on it. As always, I'm sorry for my long absences but you know, (un)real world truly sucks. I hope this entry compensates my reckless abandon. I do not have so much time either so, with all that written, let's begin!

1) The Aggravated - No Way Out 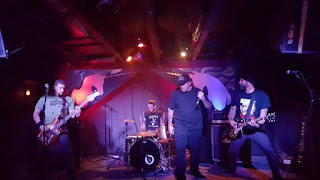 This Atlanta-based hardcore band gladly sent me their second full-length album named No Way Out. I must admit that I didn't know this band prior to this e-mail. Regarding the sound, they're more into late-80s and early-90s NYHC sound and attitude in the same vein as Sheer Terror, Leeway and Biohazard with overwhelming and pummeling breakdowns, some eventual metallic guitar solos, vocal duets, crowded chorus and yes, hateful-charged lyrics. They truly reminded me of Blood For Blood in many aspects (notably the vocal style). I used to loved that band ha ha ha. Finally, click on the image above for listening to it. Highly recommended. Enjoy!

As you may know, this canadian record label monthly send us lots of records for reviewing them here in the blog. Thank you so much for that. I truly appreciate it. Oh, and do not forget to click on the banner above for getting redirected to their official bandcamp account where you can listen to / purchase their available material. Pretty good stuff if you're into screamo and post-hardcore. Let's see what kind of surprises we have this month. Go! 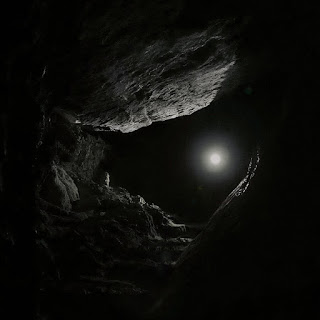 This is the most recent record from this superb mexican post-hardcore powerhouse. We already made a review of this record last month which is also a potential candidate for our best picks of this year. If you want to refresh your memory, click here. Joliette FTW. Highly recommended. Enjoy! 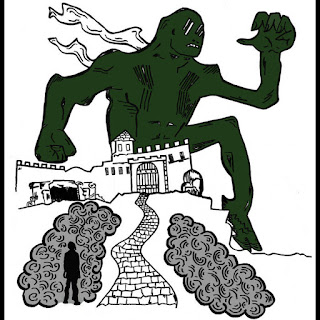 When we made a small review of the Cry Me A River Fest 2019 edition (click here if you want to refresh your memory), we did mention this awesome LP, and yes, this is another potential candidate for our best picks of 2019. So, if I'm not mistaken, this is the fifth full-length album from this Lafayette-based musical outfit and, as you already may know, this is one of the best modern representatives of the screamo offshoot in the U.S. The sound is more abrassive and chaotic than previous works and really reminded me of the explosion of the screamo revival bands in the 00s such as Beau Navire, Funeral Diner (USA), Amanda Woodward (France), Suis La Lune (Sweden), Kias Fansuri (Malaysia), etc, you know, dissonant and fast music mixed with melodic and less aggreessive traits for creating thus the infamous slow/fast-paced experience screamo bands are known for. I really dig this album. Oh, and the song titles are in danish (?). Nice feature. Finally, click on the image above for listening to it. Highly recommended. Enjoy! 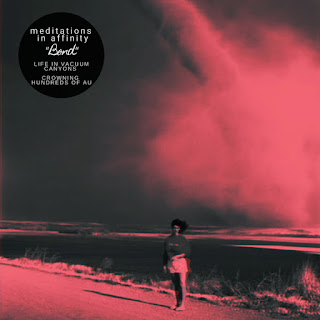 This record also was mentioned in the Cry Me A River Fest '19 entry since that Crowning, from the U.S. participated to that festival. So, this is the first volume of the Meditations In Affinity compilation series that will be released throughout the year (or at least that's the expectation). "Bond" is also a co-release with The Ghost Is Clear Records from the U.S. and, just like the now classic Connections split series (click here for refreshing your memory), this is a celebration of DIY mindset and all the good things behind it. Now, the record features Life In Vacuum, Canyons, Crowning and Hundreds of Au, whose sound is somewhere between screamo and post-hardcore with both chaotic and melodic elements. Life In Vacuum is perhaps the most experimental one in the whole record with some complex and weird tempo changes I haven't heard since the good ol' days of Life At These Speeds (US) and The Mock Heroic (UK). Nice. Finally, click on the image above for listening to it. Highly recommended. Enjoy! 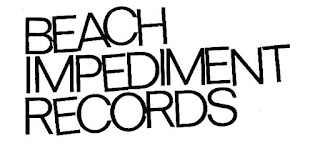 I have to make a public apology due to all the e-mails sent by this impressive Austin-based record label were stored in the "Junk" section of my mailbox. This is something that was automatically done by my server and not me. So, I already unchecked them and the next time, I'll see them properly as it should be. Sorry for that. Oh, and do not forget to click on the banner above for getting redirected to their official bandcamp account where you can listen to / purchase their available material. Pure gold stuff if you're into modern hardcore punk stuff. Let's see what we've got. Go! 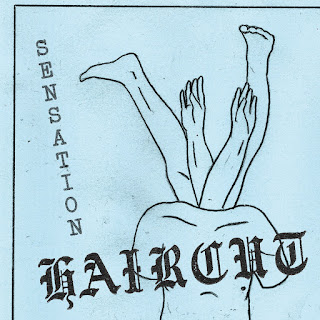 This is the second release from this pretty impressive female-fronted hardcore punk band from Richmond, Virginia. I must admit that I didn't know this band prior to this release, which is something a shame because it's pretty cool. Indeed, their sound has different old school north and south american hardcore influences with short, loud and fast-paced musical execution with some eventual mid-tempo and slower breakdowns moments but without losing the grip at all. They reminded me of other female-fronted hardcore acts from the US such as RUT, Body Pressure, Futura and Sin Cave. The lyrics are both in spanish and english with both political and personal content. Oh, and our friend Juan Sebastián Rosillo from the Rat Trap Collective (Colombia) made the artwork. Cool. Finally, click on the image above for listening to it. Highly recommended. Enjoy! 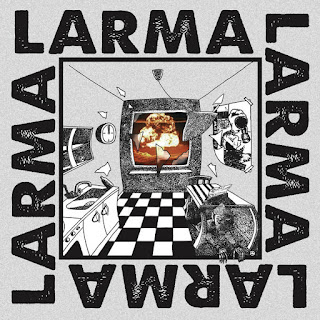 Yeah, it's final-fuckin'-ly here. The debut album from this swedish monsters. We already wrote about it when we made our K-Town Hardcore Fest '19 entry but at the time, they didn't have yet a record for releasing their material. This record is absolutely nuts with all the modern swedish hardcore school mindset behind and, fuck yeah, another potential candidate for our best picks of this year. You can click here for refreshing your memory and see why this record deserves the place we already gave it. Highly recommended. Enjoy!

Loose Nukes - Behind The Screen EP 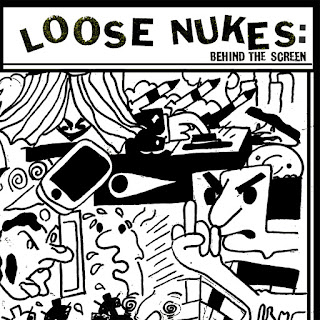 Holy fuck. Another long-awaited record finally sees the light. Loose Nukes from the US were also featured in our K-Town Hardcore Fest '19 entry. This is in fact their second EP since that they already released It's...Loose Nukes 7" EP through Cruel Noise Records (US). Their sound is just a mix of the best elements of obscure and ultra-fast 80s HC acts in North America such as The Fix, Koro and CIA. You can think of 80s italian hardcore bands that followed that path such as Cheetah Chrome Motherfuckers and Indigesti, as well. There are even also some songs with the modern d-beat-influenced american hardcore touch such as Blood Pressure (in fact, they share members). Finally, click on the image above for listening to it. Another potential candidate for our best picks of this year. Highly recommended. Enjoy! 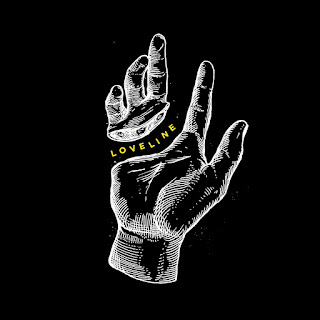 We finally conclude this entry with this post-hardcore band from Essen, Germany that gladly sent me their debut album, which was released this year through Tief In Marcellos Schuld Records (Germany). Regarding their sound, they add both screamed and clean vocals with melodic and precise musical execution, pretty much like moderns acts in the same vein as Touché Amoré, Title Fight (early years) or Counterparts. For a strange reason, their sound reminded somewhat me of those bands in the 00s that got some moderate mainstream attention in the US such as The Used or Sense Fail. There are definitely dark times to forget, right? ha ha. Not my cup of tea but pretty good band, though. Finally, click on the image above for listening to it. Highly recommended. Enjoy and until next time. Kisses and hugs!
Posted by La Mort D'Un.e. Moderniste at 6:24 PM No comments: